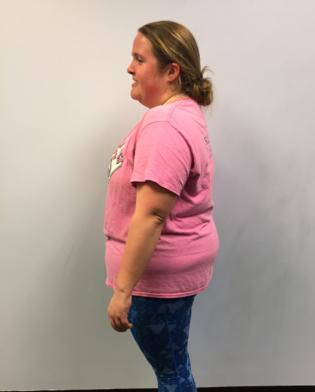 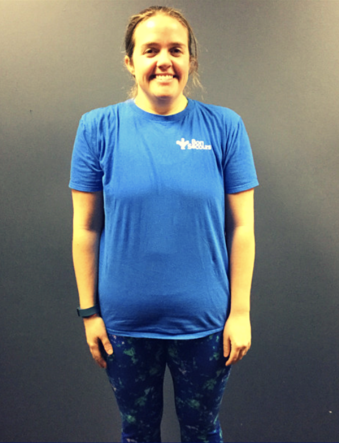 START YOUR OWN JOURNEY

Going into 2018 all I could see was hitting 100 pounds lost, but this year has been a different journey.   Starting in January I added a workout partner to my weekly sessions and started meeting every other week with Jason.  I started the online PN program in January and I’ve really liked doing these lessons because it adds another layer to my new lifestyle and also has taught me new things.  This year I’ve kept the 80 pounds off that I lost. My measurements have also gone done. I also have actually lived my life, instead of staying home every weekend to avoid slipping, and realized I can maintain my weight.  I know how to go out for drinks with people and only have one or attend a wedding with fatty food so I eat before so I don’t make poor decisions.

These lessons have been invaluable, as I’ve lived a life of dramatic weight gain and weight loss and never hit a comfortable weight that I was able to maintain.  The difference in who I was at the beginning of this process and who I am now is overwhelming. I’m learning that I can make my own self happy and that I can actually be the person I never thought I could be.

I did get that dream job about halfway through the process. As fantastic as it is, I realize now that if I had never begun my weight loss journey I wouldn’t appreciated how great this job is. It will most likely take me 2 years to hit my 100 lbs weight loss goal, but the process has been more important to me then hitting that number.  Never again will I be on a roller coaster, unless it’s by choice, and Jason will always be in my life. As he put it, “if you’re not good with numbers you hire an accountant, if you’re not good with exercise and diet you hire a trainer”. This is something that no one hears when they watch the Biggest Loser or sign up for the diet that will fix everything.  People are expected to lose weight and once they hit their goal everything is perfect and they stay at that size and go back to living life. Learning that I don’t have to be who I was has been the biggest step for me. The person I am now is who I was always meant to be it just took me a little longer to get there."

Rebecca hitting one of her goals - the size 8 dress

Rebecca spent 12 months transforming her eating habits, her body and her life.  She's lost body fat, gained strength, improved her happiness, and even inspired her friends and family.  She committed to making a change, stayed consistent, and use the accountability and support of my program to keep her on track.

Here is her story in her own words:

"Life is a roller coaster… or at least mine has been.  Since the age of 12 I’ve been on the up and down roller coaster ride of gaining and losing weight.  The last time I vividly remember someone talking about how skinny I was, I was 11 years old playing outside with some friends at the lake and someone told my mom that I was so long and skinny.  I haven’t heard those words since. Until that is I started training with Jason in January of 2017. I’ve lost and gained 50 plus pounds 3 different times in my life; once as a senior in high school, once when I decided I would run the weight off and this final time starting last January.

In January of 2017 I was not in a great place, I had a job that I was not happy doing, I worked terrible hours, partied too much and ate terrible just to get through the days.  I thought I was unhappy because of the job and thought that if I just found my dream job I would be happy and life would be as good as it had been when I had been at my smallest the time before.   I asked a local woman to be my mentor and really just thought she could help me find a job and that would solve all of my issues. I was really wrong! She took the time to look deeper into the situation and on January 5, 2017 at our bi-weekly lunch meeting she had a conversation with me about what she thought would be the next best step for me.  Looking back I realize she is the only person I probably would have listened to at the time. My parents and my friends were worried, but it would have not gone over well if they had tried to have the same conversation. I don’t know if she truly realizes how much she changed and saved my life. At lunch that day she said “Rebecca, I’ve been thinking about it a lot, and I know that you’re unhappy at your job, but I think it’s much deeper than that.  I’ve set up an appointment for you to meet with my trainer, Jason Nutting. I think he can help you. After we work on you being physically healthy we can work on finding you a different job.” I sat there kind of stunned, kind of relieved and kind of anxious, but I knew she was right.

I’ve done every diet that has ever existed, tried every fad workout (let’s not get into Crossfit), tried every oil, pill, meditation, and have had over 5 different personal trainers.  So, as I thought about meeting with a new one I was a bit discouraged and I really didn’t know how this would be different. My first meeting with Jason was on January 10, 2017. I had googled him before I went to try and know what to expect.  I saw that he had taught at QSA, a place where I was always WAY to intimidated to go to because it looked so hard so I was very nervous for what was to come. I didn’t tell any friends or family I was going either. I needed to do this first step on my own, and I figured if it didn’t work out no one would be the wiser.

What I found very quickly is that when something clicks, it just clicks.  Jason and I met for close to an hour and a half that first day. It was the first time I felt like a trainer was really listening to me and he actually believed that I could accomplish the goals I wanted to accomplish. The goals I setup for myself were:

During this meeting I felt something inside of me change, and knew I was ready to do this.  I also knew this time was going to be different. Jason tells me now that I’m an anomaly; I don’t think I am I think I finally found someone and a situation that worked.  By the time I reached the point of meeting with Jason I was so tired of worrying about things and trying to figure out how to magically lose weight. I needed someone to do the thinking for me and basically just give me instructions to follow and he did that.  We came up with four very simple things for me to follow each week:

I also developed my own Core Values and Affirming Statements of Ownership and Ability this again reinforced the idea that this time was different.  I began to take ownership of my weight loss.

The changes started small. As is anyone who is overweight I was very self-conscious and very uneducated about what would get me to where I needed to be.  I was eating enough, I wasn’t eating the right thing and even though I had been on so many diets before I didn’t know what the right things to do were. Jason and I talked through different meals, what I liked to eat, what I didn’t, was I good in the kitchen, could I eat the same thing every day, etc. From there he developed a nutrition and exercise plan for me and I just put my head down and did it.  We adjusted things as the year wore on after numerous meetings and conversations. This time I was determining my path, but I had help, I wasn’t just following points off of an app or not eating carbs, I was doing what worked for me and more importantly understanding what I was doing. I also had someone in my corner. I need accountability, but not someone to make me feel guilty. I’ve been sending pictures of every meal I eat to Jason since 2017.  I went through periods of sending him pictures of me at the gym, pictures of alcohol I was drinking and on and on. This worked for me and suddenly I was down 25 lbs, then 50 lbs, then I was fitting into that dress that had been hanging on the back of my closet since two years before, I was running faster miles than I ever had and I was overall starting to become a happier person. In November of 2017 I hit 80 pounds down and I had finally worn a dress that was a size 8.  I hadn’t been a size 8 since I was 11 years old."

Rebecca - Before Left Side View 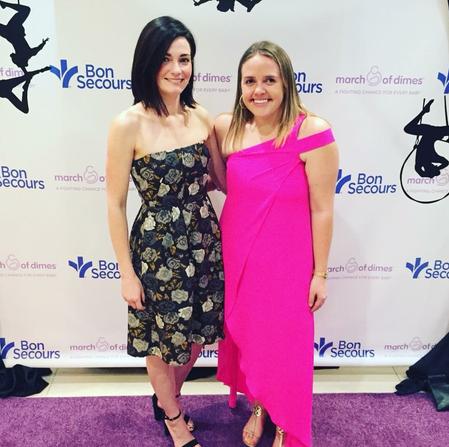 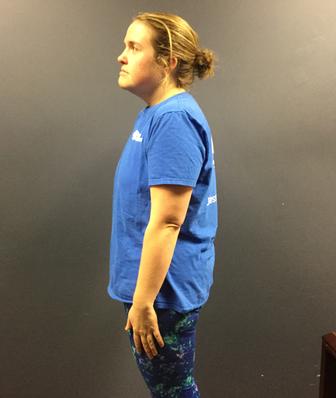 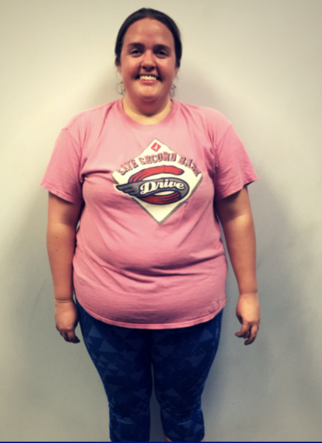 Rebecca - After Left Side View